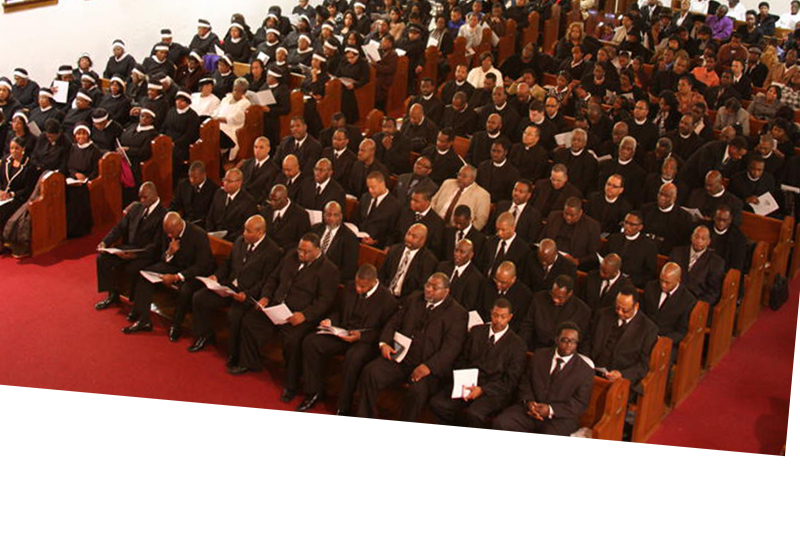 Along with the States of Mississippi and Arkansas, Tennessee has served as the foundation for the church that has become known as one of the fastest growing churches in the world.

Bishop Brandon Burdett Porter Bishop Brandon Burdett Porter, an accomplished pastor, author, singer, songwriter, and evangelist, has extensively traveled this nation sharing God’s Word with God’s people. He is a fourth generation member of the Church Of God In Christ – the son of Mother Ida M. Porter and the late Bishop W.L. Porter, who founded Greater Community Temple COGIC in Memphis; became the organizing prelate of Tennessee Central Jurisdiction in 1981; and was a former member of the church’s General Board. Bishop Brandon B. Porter is also the grandson of the late Elder George T. Flagg, who pastored in Arkansas.

His rich heritage is rivaled only by his love for and dedication to the church. For Bishop Brandon B. Porter has consistently served the Church Of God In Christ in numerous capacities, starting with his introduction to the ministry while he was still very young. He accepted his call to preach in 1976 and was ordained an elder in 1978 by Bishop J.O. Patterson, Sr., Presiding Bishop at that time. In that year, he became the assistant pastor of Greater Allen Avenue COGIC in Jackson, Tennessee. And in 1981, he was appointed pastor of Greater Victory Temple, also in Jackson. He became the district superintendent in 1986, and in 1991 his father resigned over to him the now historic Greater Community Temple COGIC in North Memphis. Under Bishop Brandon B. Porter’s leadership, the membership of Greater Community Temple COGIC has flourished to over 5,000, and the church has expanded to include an additional campus, located in East Memphis.

Continuing to follow in his father’s footsteps, Bishop Brandon B. Porter has held numerous positions within the Church Of God In Christ on all levels (local, district, jurisdictional, and national). These positions include the vice chairman of the National Trustee Board; president of the International Youth Department; national director of Public Relations and Marketing; executive producer of the COGIC Today TV show; and coordinator of Christmas in November. In 2009, he succeeded his father by becoming the Jurisdictional Prelate of the Tennessee Central Jurisdiction of the Church Of God In Christ. (This jurisdiction has since grown with over 95 churches and continues to grow at a phenomenal rate.)

An anointed, passionate preacher and motivational speaker with a dynamic message of spiritual empowerment and family enrichment for practical living, Bishop Brandon B. Porter can be heard by millions weekly via television, radio, and the World Wide Web. He is also an inspired writer, touching thousands with his transforming books: A Reason to Keep Going, It’s Time to Be Filled, In His Likeness, You Have Been Planted, and Speaking Life.

Success knows no boundaries for Bishop Brandon B. Porter, who is the CEO of several community developments in the Tennessee area. In November 2012, during the 105th Annual Holy Convocation in St. Louis, Missouri, he was elected as one of the Church Of God In Christ’s newest members of its General Board – the highest executive and administrative board within the Church Of God In Christ, consisting of twelve elected bishops, including the Presiding Bishop.

Though having extensive ecclesiastical responsibilities, Bishop Brandon B. Porter still manages to spend quality time with his wife Melody and their two sons, Brandon II and Bryson. 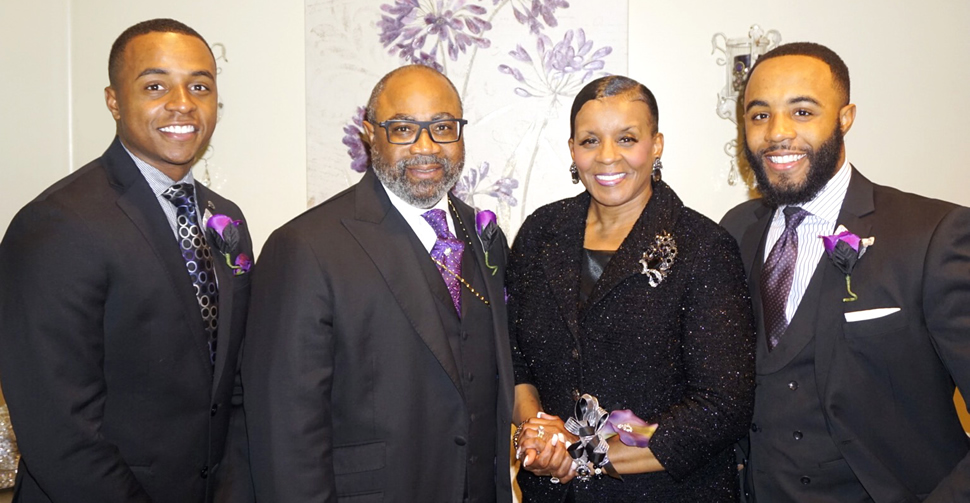